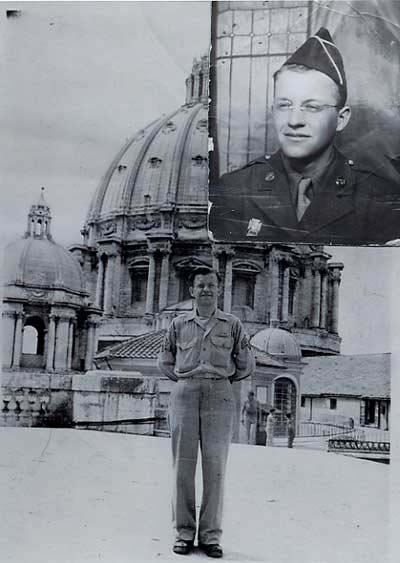 This is a picture of my uncle, Sgt Robert W. (Bob) Hansen from Barnesboro, Pa. He served in the 7th Infantry Regiment 3rd Infantry Division from June 1943 to November 1943.He was wounded on Mount La Difensa, Italy on November 13th,1943. After he was discharged from the hospital the Army transferred him to the 16th Traffic Regulation Transportation Corp. He died in 1949 at the age of 27.
Thank You,
Michael Donovan